The building of MCA: Mike Collins knows the value of a smart risk 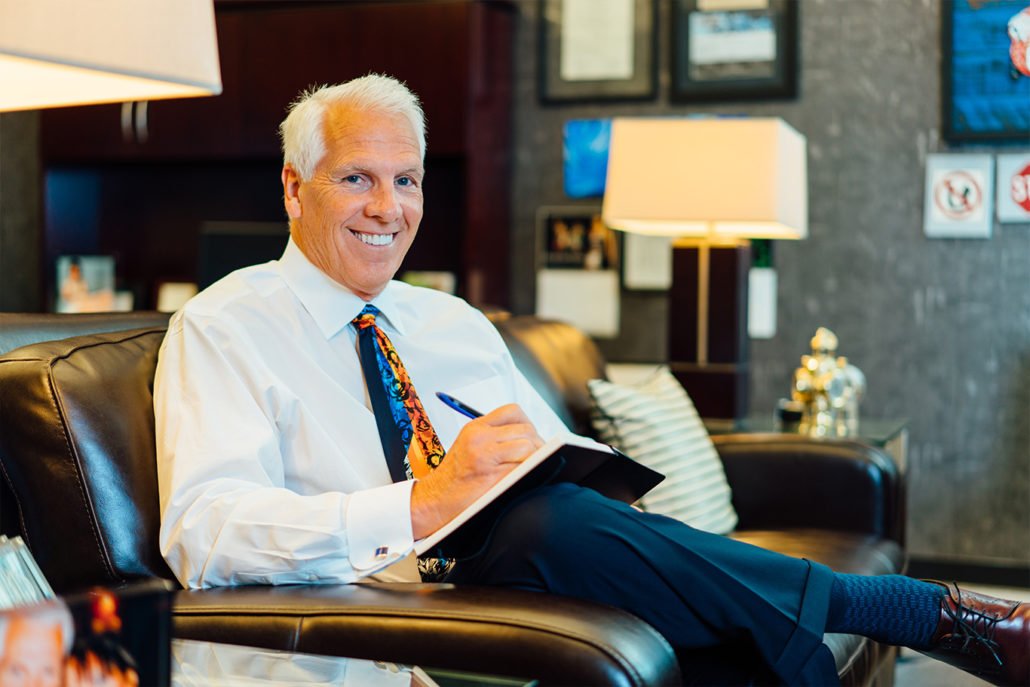 A member of the Hixson High School football team, Mike Collins was standing on the sidelines at a game when his eyes locked on a cheerleader spurring the crowd to enthusiasm.

He turned to a teammate and asked who she was.

And he eventually did, despite the fact that she was a senior a year ahead of him in school the first time he asked her out in 1970.

He didn’t fear failure when he first asked Karen out and, as a team, they pushed fear aside in 1987 when they created Mike Collins and Associates Technology Solutions.

The company started off in the Collins’ home, selling new and used office equipment. Thirty-three years later, it has 95 employees and about 300 customers scattered mostly around Southeast Tennessee and North Georgia.

MCA, as it’s better known, stills sells and leases equipment, but its services have expanded across the technology platform.

Its location in the Bonny Oaks Industrial and Office Park is a data center big enough to act as its own cloud, capable of remotely storing a company’s information. The company can build a computer network, then provide 24/7 monitoring of the network, catching problems before they become a crisis.

“We fix things before customers even know something was going bad,” Collins says.

Naturally, there were naysayers as MCA grew. People asking ‘Why are you doing that?’ and saying ‘That’s too risky.’ Collins heard it all, and he dismissed a lot of it – but not everything.

“My philosophy in business is: Don’t get attached emotionally to an idea or to the way you’re doing something. Always look to see how you can make it better,” Collins says.

To clarify his thoughts, he quotes a Bible verse, Proverbs 15:22: “We know there is wisdom in the counsel of many.”

In an ironic sort of way, it was the counsel of many that put Collins on the path to opening his own business.

Collins graduated with a bachelor’s degree in business management from the University of Tennessee at Chattanooga in 1973, a task he accomplished in two-and-a-half years. In his first job, he worked for a major manufacturer of power-generating equipment. Many of his fellow workers had been at the company for 25 years or more and almost all had “a story of regret,” he recalls.

“They said, ‘Man, when I was 30 I had this an opportunity to go to work for this guy or to get into this business or do this. I didn’t; I didn’t want to leave the security. But boy, I wish I had done that because I feel so trapped.'”

“And I remember coming home and telling Karen, ‘I don’t ever want to be that person. I’d rather be the guy that goes, ‘Well, I tried and it didn’t work out so well, but I tried.'”

He wandered through other jobs in real estate sales and headhunting, but the idea of opening his own company was always tap-dancing in the back of his mind. The dancing took center stage after a major disappointment he experienced while working at a computer equipment firm.

“I was sitting on front steps wrestling with it, and Karen walked around, sat down beside me and said, ‘It’s time.'”

As 50/50 partners, they created MCA while raising their two girls, Jennifer and Ashley, now live in Atlanta and Hixson, respectively, with their families. The couple worked at the company, he as president and CEO (employees call him CFO, he says: Control Freak Onsite); she as vice president until Karen was diagnosed with ovarian cancer. She died in 2016.

Through good times and bad, the couple remained a single-minded entity inside MCA. Certainly, there were differences of opinion and frustrations, but final decisions were made as a united pair.

As the business grew and required more space, there was one feature that they required everywhere they were located.

“We made a point that we could see each other from our desks,” Collins says.

His loyalty to the community where he raised his family and grew a business recently promoted Collins to offer space in a 3,500-square-foot building — free of charge — to help those involved in research related to COVID-19 or to any business affected by the virus.

After the Easter Sunday storms, the offer expanded to tornado victims who have no place to store whatever belongings they have left.

“Anything that can help with the Chattanooga community; I’m very committed to helping this community,” Collins says. “I don’t want to limit it because I’m not aware of everything that’s going on in the community,” he says.

MCA joins the Silberman Group in the Hotseat.