No matter whether you’re running an e-commerce store or doing some powerful number-crunching, your small business will eventually grow to the size where you need a business server. With so many options on the market, it can be tough to know how to start your search—especially without the dedicated IT expertise of a larger company.

Whereas desktop computers are intended for only one or two people, businesses servers are designed to support the needs of many users simultaneously. Servers are used for purposes such as backing up data, hosting websites, sharing files and information, and more.

The good news is that buying the right business server for your SMB largely comes down to a few crucial factors. In this article, we’ll discuss the 5 criteria that you should evaluate when you’re in the market for a business server.

Most server vendors give buyers like you the flexibility to choose the number of processors and cores that your server will have. In particular, servers that will use multithreaded applications, such as web servers and database servers, will benefit from having multiple cores.

Both the number of cores and the clock speed of each core (measured in GHz) play a role in how fast your business server will be. If you’re uncertain about the right balance of cores and clock speed to select, speak with the vendor of the software that you plan to run on the server.

Depending on what you’ll be using the server for, you may wish to upgrade the storage space. If you’ll be using it primarily as a repository for your business data, for example, you’ll need a good deal of storage. On the other hand, a machine that’s intended for use primarily as a file server will need less storage, because it emphasizes data transfer and not data processing.

In general, the amount of storage you’ll need depends on the number of users who will be accessing the server. The good news is that you can usually expand your storage space by adding another hard drive to the server. In this case, you should configure the drives using RAID (Redundant Array of Inexpensive Disks).

As your business grows, you might anticipate needing substantially more storage than the size of a single server. Consider using cloud hosting, which can scale indefinitely to fit your business needs.

The third and final technical requirement to consider for your server is memory, which is measured in gigabytes (GB). In general, the more memory your server has, the more quickly users will be able to send and receive information. Additional memory also makes it possible to run more applications on the server concurrently and get better performance from them.

Like storage space, you can generally supplement your original server hardware with more RAM, so you won’t be locked into a hard limit once you make the purchase.

Setting up your own server room? Check out this article.

If you use any form of server technology, network security is a vitally important part of your business, and it could make all the difference for your company’s survival. According to a study by the National Cyber Security Alliance, 60 percent of small businesses shut their doors in the 6 months following a data breach.

Servers that will be interfacing with the outside world, such as those that host websites, must have robust security measures to protect their contents. Not only should the physical hardware be stored in a secure location, but you should also install tools such as firewalls, antivirus and anti-malware applications, and monitoring and alerting software in order to protect yourself.

Although the operating system is largely independent of the server hardware itself, you should still consider which operating system would be best for your needs. These days, the two most popular choices of server OS are Windows Server and a Linux distribution such as Debian, OpenSUSE, Fedora Server, or Ubuntu Server.

Windows Server is popular among many large enterprises and has a more “corporate” feel to it. Meanwhile, Linux gives you more flexibility and freedom due to its open-source code base, but it can require a good deal of in-depth technical knowledge to use successfully—there’s no IT help desk you can call as with Microsoft.

In some cases such as web hosting, one of the two options is clearly the preferred choice. According to web technology survey company W3Techs, Unix-based operating systems such as Linux power 68 percent of websites, while Windows runs the remainder. Ultimately, the best choice of operating system for your server is likely the one that meshes the best with your existing IT infrastructure.

Although buying a business server for your SMB might seem like a daunting task, the question really simplifies down to a few important considerations.

If you increasingly find that your SMB has IT needs that outstrip your staff’s abilities, it might be time to work with a managed IT services partner.

Interested in learning more? Contact our qualified, knowledgeable IT professionals at MCA who can give you the expert guidance and service that you need to run your business. 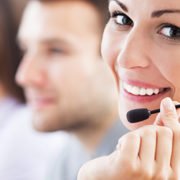 4 reasons SMB owners should use managed IT services 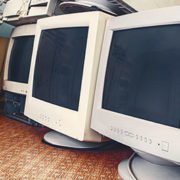 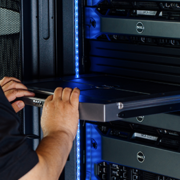 Which is better: a solid data recovery process, or a good data backup system?

4 signs that it's time to replace business hardware 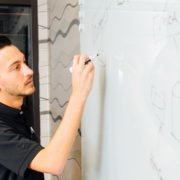 The MCA approach to disaster recovery 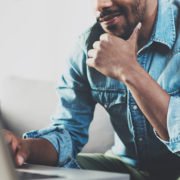